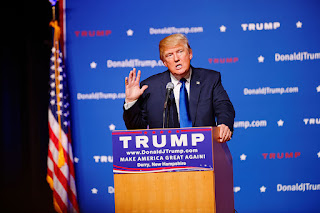 And what about the myriad of places where federal employees work, many of which are not at Federal buildings, but are at leased, privately owned buildings sometimes with no armed security?

I'm looking forward to President Trump allowing citizens their right of self-defense on these properties.

Not even President George W. Bush made this promise, nor did he to my knowledge ever ask Congress to open up these places for law-abiding citizens to being able to carry their pistols for the protection of themselves and their families.

If Trump can live up to this bold promise, he may well go down in history as the most popular president in modern times. Or at least the one who valued liberty the most.